skip to main | skip to sidebar

Our Annual Design Review features some of the creative highlights from our work over the year.
A broad variety of projects are covered from our Gold Award in the 2009 Pentawards and Vendange Wines branding to our COP15 co2penhagen posters and conference speaking engagements.
Posted by Paul Vickers at 16:59 No comments: 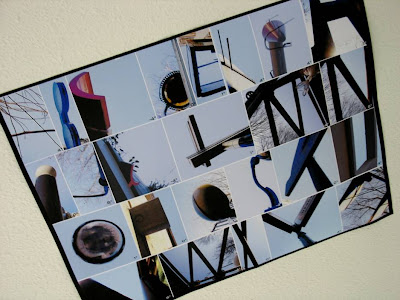 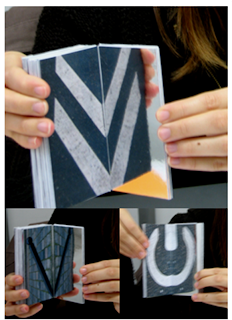 Looking and Seeing - a typography research project with students at the Ecole Bleue. Sky Type involves raising your eyes and looking at the city from a new angle. The Reflection ABC book cleverly plays on a mirror foil page and the reflection of the image to create the complete character.
Sky Type by Céline Juppeau
Reflection by Anne-Laure Acloque
Posted by Paul Vickers at 18:34 No comments:

Google - 'Paul Vickers + design' and the first six entries found are mine. In a Google image search sixty of my images are found on the first five pages.
Traffic to my des!gn think!ng site averages between fifty to one hundred hits a month.
Posted by Paul Vickers at 15:08 No comments:

I have joined the editorial team at Brand New, a division of Under Consideration, as an international correspondent covering branding and identity design news from France.
My full review of the new brand for the Paris Sorbonne University can be read here: www.underconsideration.com/brandnew/archives/the_radiance_of_knowledge.php
Posted by Paul Vickers at 13:49 No comments:

Friday, the 200th anniversary of French car maker Peugeot, saw the unveiling of the new Peugeot brand by BETC Design as well as the launch of the SR1 concept car and an impressive promo video retracing the brands history from its humble origins as a coffee grinder maker, via steam-powered tricycles to one of the world's leading car manufacturers.
The new brand is an improvement in some ways on the rather unsophisticated and functional 1989 design but is rather a predictable solution with a few disturbing characteristics.
Most disappointing is the treatment of the lion - Peugeot's heritage symbol - who has lost all his majesty and force, his very lion-ness and now looks more like a teddy bear or a poodle. This, to judge by the comments in internet chat's, is what most concerns the design community and the general public.
The chrome treatment of the lion, the current design trend for all car makers, is poorly rendered, where Citroën's by Landor was successful. There is none of the power and dynamism of Jaguar by The Partners 2002. The typography is light and sophisticated with the same E as Citroën, perhaps to signify their belonging to the same group. One thing I have always questioned is why the lion faces left, when the name reads left to right and facing left is looking backwards. Flipping him to face the future was just too much change?
Posted by Paul Vickers at 11:15 No comments: 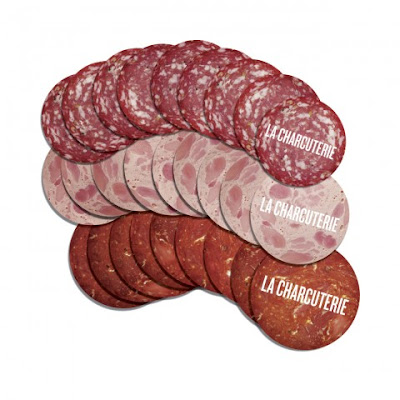 And whilst on the subject of food, these business cards and packaging labels for La Charcuterie deli/restaurant by Rethink in Vancouver are absolutely brilliant.
Posted by Paul Vickers at 10:38 No comments: 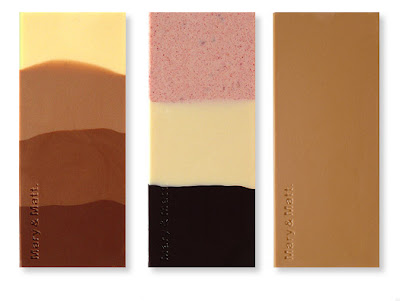 Who needs packaging with chocolates that look this good? From Mary & Matt in New York.
Posted by Paul Vickers at 10:19 No comments:

My NY 2010 card is also featured on www.design.fr
and on the Russian design site www.etoday.ru

Posted by Paul Vickers at 12:23 No comments:

Wallpaper* the design, art, lifestyle magazine has published an article on Pentagram's Christmas cards over the years, featuring the card I designed with Mervyn Kurlansky in 1982. This brought back memories of my years with Pentagram and the people who made up that unique team.
It also reminded me of the time before Mac's, when everything was done by hand, of Cow Gum, Rotring pens and scalpels...
Posted by Paul Vickers at 10:27 No comments:

My 2010 card selected by dezeen magazine

My 2010 New Year card is selected amongst the years best designed cards by dezeen design magazine. A great start to 2010. www.dezeen.com
Posted by Paul Vickers at 11:43 No comments:

Paul Vickers
Paul has over twenty years experience as a creative director, consultant and designer working with some of the world's leading branding and design agencies and with many of the top global brands.   His professional track record includes: Pentagram London, Design Solution Paris, Interbrand New York, Desgrippes Gobe Tokyo and Hong Kong, Dragon Rouge Paris.   Paul has won numerous design awards and his work is extensively published in magazines, books and on the web. He won a Gold Award in the Pentawards - international packaging design awards and has been exhibited at the Cannes Lions. His work is featured in Taschen’s Package Design Book.   Paul directs the Visual Communications program at the Ecole Bleue School of Design in Paris, lectures at design schools and leads professional continuing education workshops for the design industry.  He writes on branding design issues, is an international correspondent for Brand New. His design blog ‘Design Thinking’ has received over a hundred thousand visits.